It's taken a while but the new - and very large - patio is more or less finished in time for summer. Including the paths, some 80 square metres of terracotta stone has now been laid. Big job! 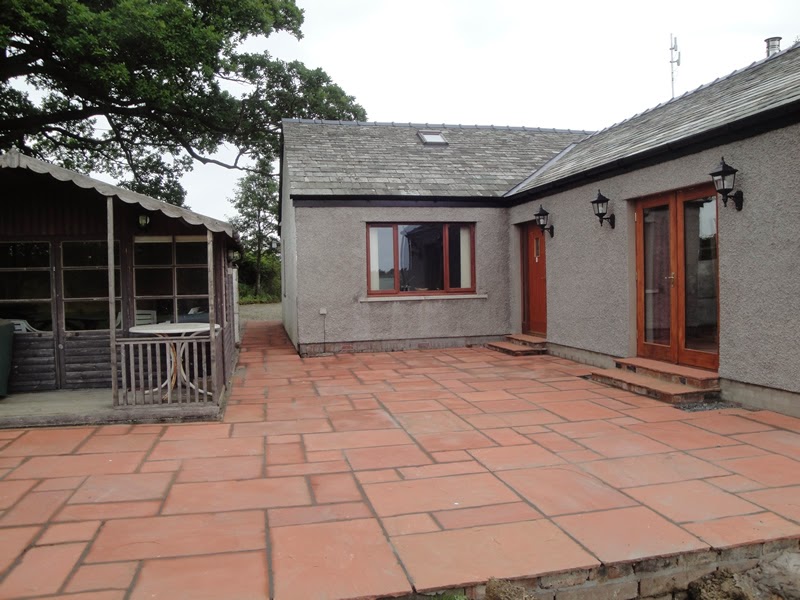 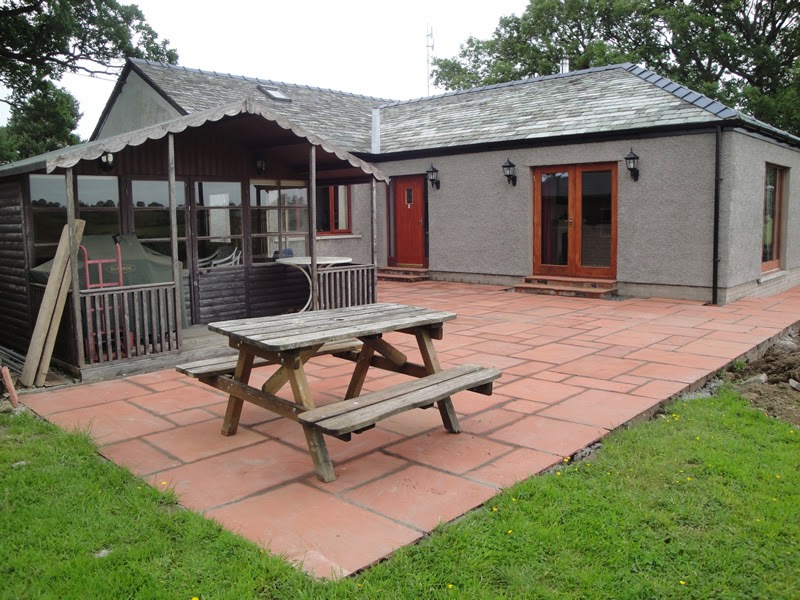 The pathway to the back door is also finished and graded into the driveway area with stone chippings  - a great improvement. Steps down to the garden from the southern edge of the patio is the next job, some time next week. After that I'll be able to get on with grading the lawns up to the patio using all the soil that was displaced by the extension work. 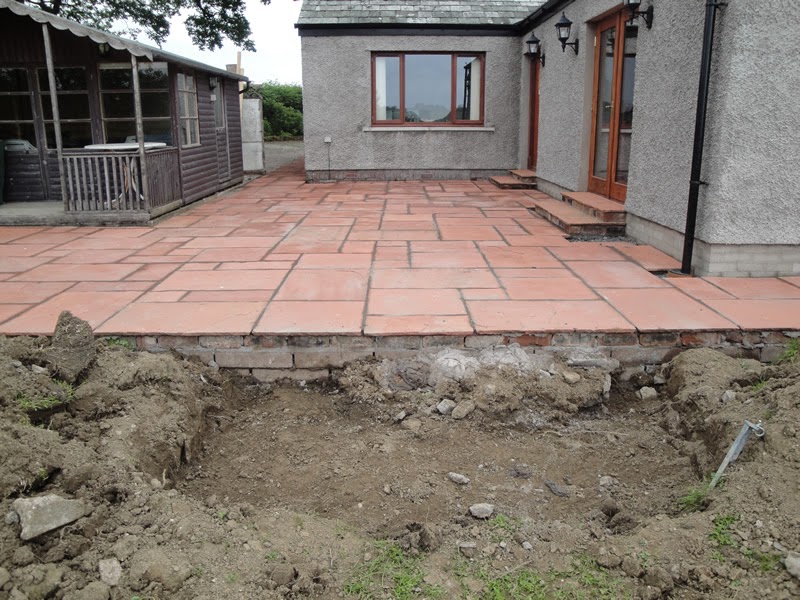 In other news, the last of the old-style windows around the north side of the cottage have been replaced with four new hardwood frames and modern double glazed units.Should be a bit warmer in the kitchen during the winter months! 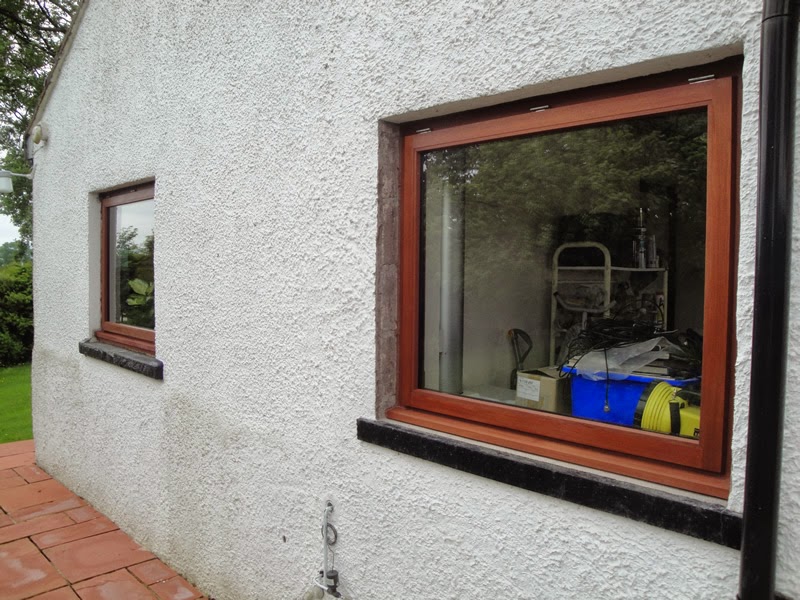